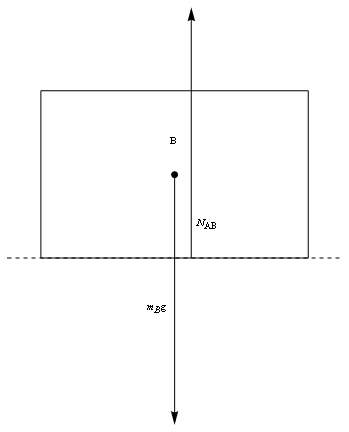 Case that both blocks move

denote the magnitude of acceleration of both

, with the direction for

(pulling on the string) and the direction for

(being pulled by the string). As before, denote by

the tension in the string, which is the same at both ends of the string due to the assumption of a massless string and massless pulley.

The force diagram for

Rearranging, we obtain that:

The condition for this case to occur is that

be greater than the maximum value for static friction to apply, i.e.: